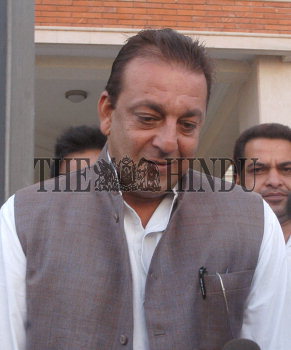 Caption : Lucknow:31/03/2009: I will not leave Lucknow says Sanjay Dutt after coming out of Aishwarya just some time after the verdict came from Supreme Court in Lucknow on March 31, 2009. Photo;- Subir Roy