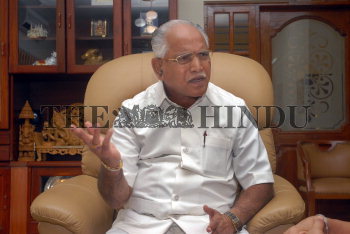 Caption : BANGALORE, 26/03/2009: Karnataka Chief Minister B.S. Yeddyurappa during an interaction with The Hindu in Bangalore on March 26, 2009. Photo: K. Gopinathan