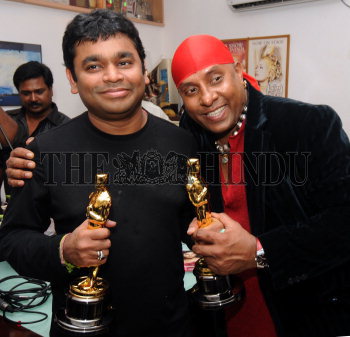 Caption : CHENNAI, 26/02/2009: Music director A.R. Rahman and percussionist Sivamani display the two Oscars won by the former for his original song and original music score in the film 'Slumdog Millionaire' which itself bagged a record eight Oscars, at his residence in Chennai on February 26, 2009. Photo: S.S.Kumar