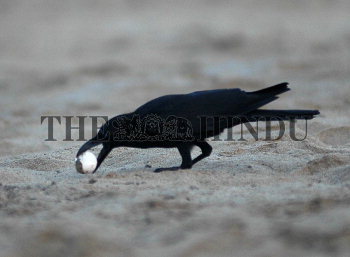 Caption : BHUBANESWAR, 17/02/2009: It is a gala feast for predators during the mass nesting time of Olive Ridley turtles near Rushikulya river mouth in Ganjam district of Orissa on February 17, 2009. A large number of this endangered species have begun their mass nesting on the coast of eastern Orissa, the worldās largest nesting site for the turtles. Photo: Ashoke Chakrabarty