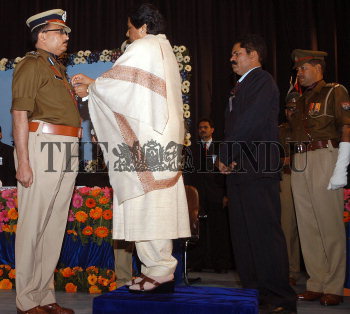 Caption : LUCKNOW, 07/02/2009: Chief minister Mayawati giving away Presidents Police Galantry awards and other decorative medals to varrious police officials at a function in Lucknow on February 07, 2009. This is first time that any chief minister gave away these awards normally it was done by governor of the states. Photo:Subir Roy