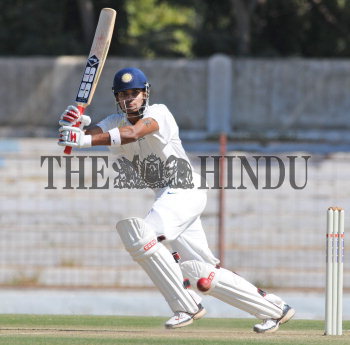 Caption : Rajkot, 29/01/2009: S. Badrinath of South Zone plays a shot to the fence during his double century knock against North Zone on day one of the semi finals of the Duleep Trophy Cricket match at the Madhavrao Scindia Ground at Rajkot on January 29, 2009. Photo: S. Subramanium