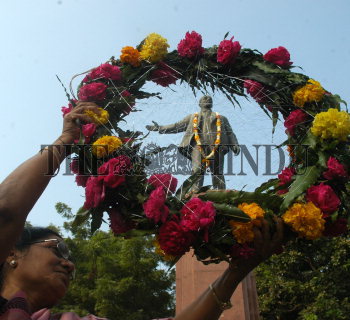 Caption : VIJAYAWADA, 21/01/2009: The statue of Russian revolutionary V.I. Lenin appears in the middle of a wreath being handed over by a CPI activist to another party activist, on the occassion of 85th death anniversary of the leader, at Lenin Centre in Vijayawada on January 21, 2009. Photo: V. Raju