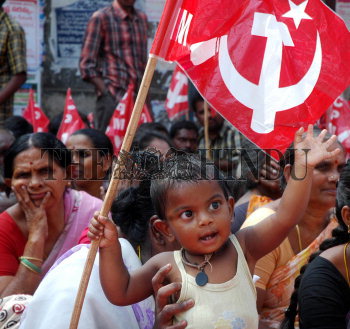 Caption : VIJAYAWADA, 20/01/2009: A woman activist allows her infant girl to hold party flag at a dharna in front of MRO office organised by the Communist Party of India (Marxist) demanding distribution of white ration cards to the eligible in Vijayawada on January 20, 2009. PHoto: V. Raju