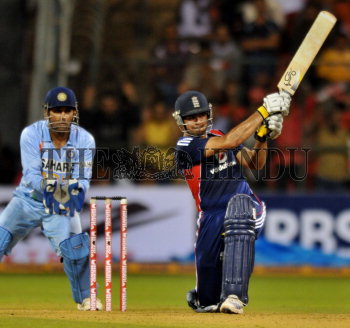 Caption : BANGALORE: 23/11/2008: England batsman Owais Shah plays a shot, watched by wicketkeeper M.S. Dhoni, during the fourth one day international cricket match of the seven-match series against India at the Chinnaswamy stadium in Bangalore on November 23, 2008. Photo: K.R. Deepak