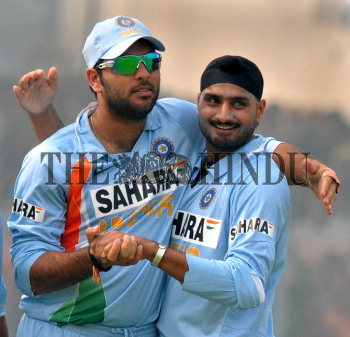 Caption : KANPUR: 20/11/2008: India's Harbhajan Singh celebrates with Yuvraj Singh after getting the wicket of England batsman Owais Shah (not in pic) during the third one day international cricket match of the seven-match series at the Green Park Stadium in Kanpur on November 20, 2008. Photo: K.R. Deepak