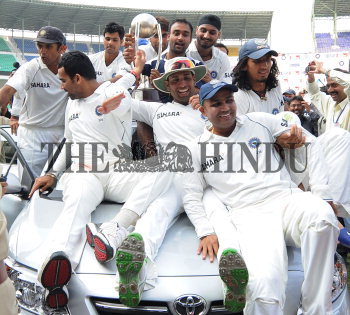 Caption : NAGPUR, 10/11/2008: The Indian cricket team celebrates atop the car after winning the Border-Gavaskar Trophy at the VCA Stadium in Nagpur on November 10, 2008. India beat Australia by 172 runs in the fourth Test and won the series by 2-0. Photo: S. Subramanium