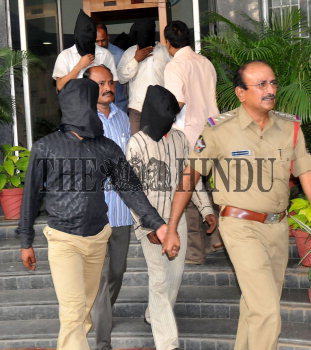 Caption : Hyderabad -06/11/2008. Task force,central zone team arrested a gang which was involved in Rajeev Sisodia shoot out in Banjara Hills recently. The gang was produced before the media in Hyderabad on November 6, 2008.--. Photo --- G_Krishnaswamy