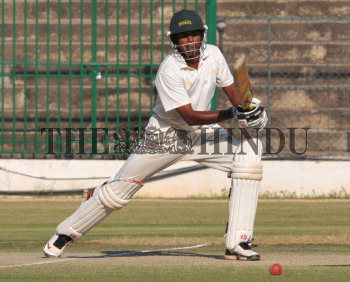 Caption : BANGALORE, 05/11/2008: Yere Goud of Railway Sports Promotion Board plays a shot during the Ranji Trophy super league Group B cricket match against Karnataka at the Chinnaswamy Stadium in Bangalore on November 05, 2008. Photo: K. Bhagya Prakash