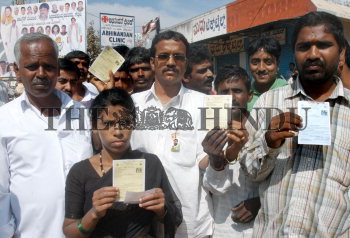 Caption : Thousands of voters were denied the right to exercise their franchise as the temporary ration card issued by the Government was not accepted as a valid ID card by the Election Commission. Photo: M.A. Sriram