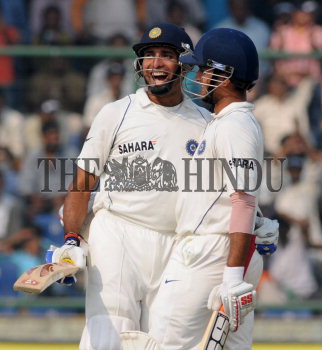 Caption : NEW DELHI, 02/11/2008: Indian batsman V.V.S. Laxman celebrates his half century with Sourav Ganguly during the second innings of the third cricket Test Match between Australia and India at Ferozshah Kotla Grounds in New Delhi on November 02, 2008. Photo: S. Subramanium