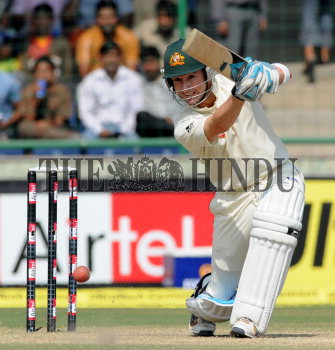 Caption : NEW DELHI, 01/11/2008: Australian batsman Michael Clarke hits one to the boundary during his century knock against India on the fourth day of the third cricket Test match in the Border-Gavaskar Trophy Test series at the Ferozeshah Kotla ground in New Delhi on November 01, 2008. Photo: S. Subramanium