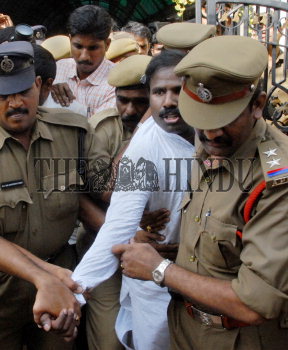 Caption : VISAKHAPATNAM, 30/10/2008: Evangelist K.A. Paul being taken into preventive custody by the police after he reportedly attempted to jump down from the portico of a church building, alleging that his assets were usurped by his brother David Raju, in Visakhapatnam on October 30, 2008. Photo: K.R. Deepak