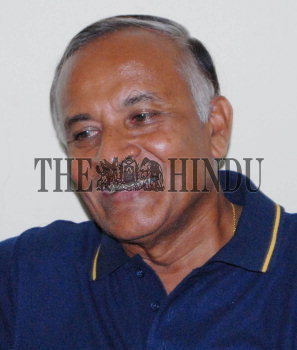 Caption : VISAKHAPATNAM, 30/10/2008: Former Sri Lankan cricket captain Anura Tennekoon, who is manger of the Sri Lanka A team, that played a few maches, in Visakhapatnam, during an interaction with `The Hindu', on October 29, 2008. Photo: C.V. Subrahmanyam