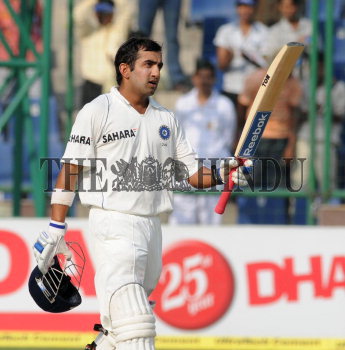 Caption : NEW DELHI, 29/10/2008: Indian batsman Gautam Gambhir raises his bat on scoring a century against Australia on the first day of the third cricket Test match of the Border-Gavaskar Trophy Test series at the Ferozeshah Kotla ground in New Delhi on October 29, 2008. Photo: S. Subramanium