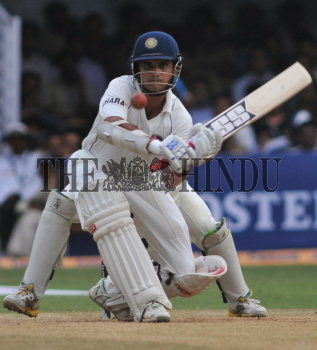 Caption : BANGALORE, 13/10/2008: Indian batsman Sourav Ganguly in action during the second innings of the first cricket Test match against Australia in the Airtel Border-Gavaskar Trophy Test Series at the M. Chinnaswamy Stadium in Bangalore on October 13, 2008. Photo: K. Bhagya Prakash