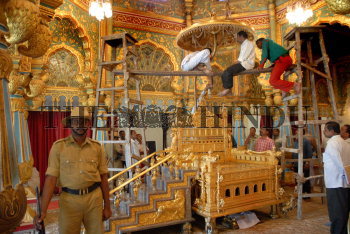 Caption : The Golden Throne - which is showcased to the public only during Dasara, was assembled at the Palace after due rituals and ceremonies, in Mysore on Wednesday. PHOTO:M.A.SRIRAM