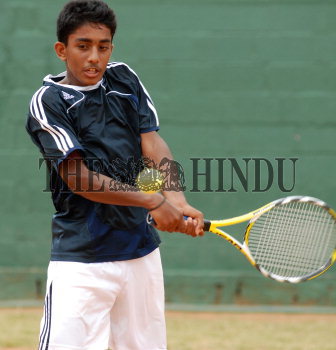 Caption : BANGALORE, 20/09/2008: Vinod Gowda of India, who beat Thien Nugyen Hoang of Vietnam to win boys' singles title, in action during the final of the ATF under-14 ranking junior tennis championship for boys and girls, at the Bowring Institute courts in Bangalore on September 19, 2008. Photo: K. Gopinathan