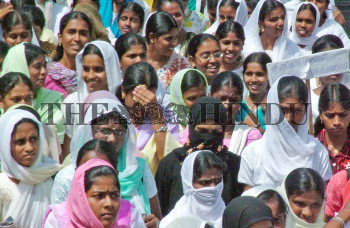 Caption : COIMBATORE,11/07/2008. Students take out a rally to mark the World Population Day in the city on July 11, 2008. The rally was organised by the National Service Scheme wing of the Bharathiar University. Photo: K. Ananthan