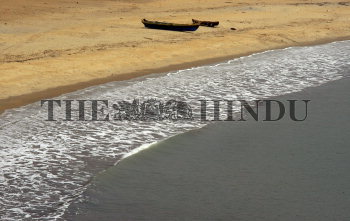 Caption : A scene from a coastal Kerala. Fisheries sector has been recognized as a power full income and employment generator as it stimulates growth of a number of subsidiary industries and is a source of cheap and nutritious food besides being a foreign exchange earner. The country is the third largest producer of fish and the second largest producer of fresh water fish in the world. Total fish production during 2005-06 was estimated to be 65.72 lakh tones, according to Annual Report of Government of India 200-0-07. Photo: K_K_Mustafah 11/07/08