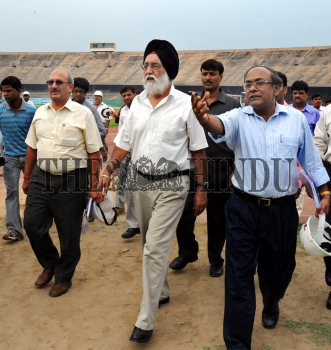 Caption : NEW DELHI, 13/06/2008: Minister of Youth Affairs and Sports, M.S. GILL along with the CPWD officials seen during an inspection of the Jawaharlal Nehru Stadium where major construction work is in progress for the Commonwealth Games, in New Delhi on June 13, 2008. Photo: S. Subramanium