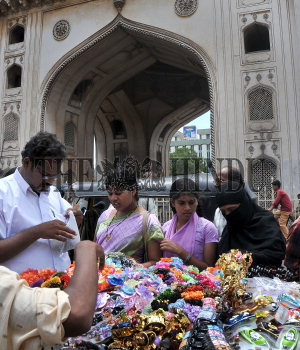 Caption : HYDERABAD, 06/06/2008: Not much impact was noticable at Old city even as most of the commercial establishments in other parts of twin cities downed SHUTTERS on June 06, 2008 following a bandh call given by various opposition political parties protesting against the petrol price rise. Photo : G. Krishnaswamy