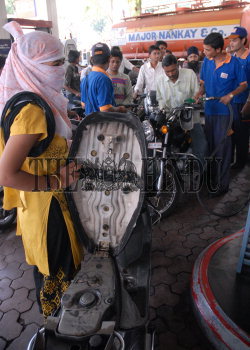 Caption : BHOPAL,04/06/2008: Peoples filling PETROL at a PETROL pump, after the Union Government increased the rates of PETROL and Diesel, in Bhopal on June 04, 2008. Photo: A. M. Faruqui