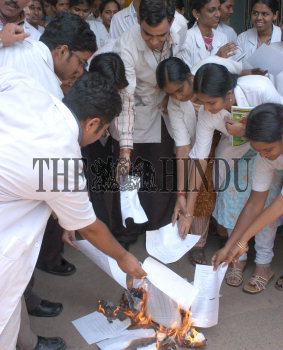 Caption : TIRUCHI, 23/04/2008: Students of K. A. P. Viswanatham Government Medical College burn the COPIES of Samabasiva Rao committee as a mark of protest against its recommendations in Tiruchi on April 23, 2008. Photo: M. Moorthy