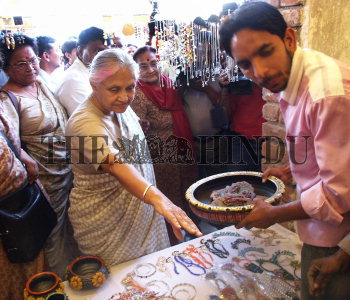 Caption : New Delhi: April,13,2008: Delhi Chief Minister Sheila Dikshit having a look of stalls during the inauguration of "Dilli Haat" at Pitampra, in New Delhi on April 13, 2008. Photo:Sushil Kumar Verma.