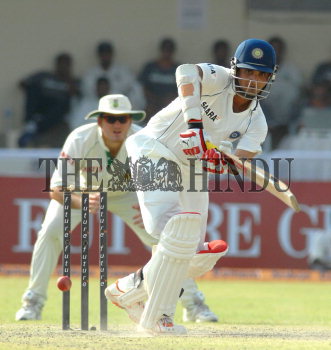 Caption : Future Cup 3rd test Kanpur - 12/04/2008 -- Indian batsman Sourav Ganguly plays a shot to the fence off the bowling of Morne morkel of South Africa on day two of the third cricket test of Future Cup at the Green Park Stadium in Kanpur on April 12, 2008. Photo:S_Subramanium