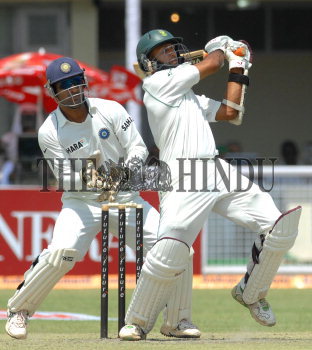 Caption : Future Cup 3rd test Kanpur-11/04/2008 -- South Africa's Hashim Amla hits a six off Piyush Chawla watched by M.S.Dhoni on day one of the third test of Future Cup at the Green Park Stadium in Kanpur on April 11, 2008. Photo:S_Subramanium