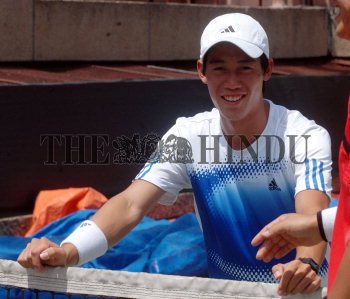 Caption : NEW DELHI, 10/04/2008: Kei Nishikori, a member of Japanese Davis Cup team during a practice session on the eve of the Davis Cup tie between India and Japan at DLTA in New Delhi on April 10, 2008. Photo: Sandeep Saxena