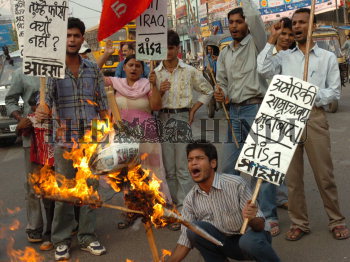 Caption : Activists of All India Students Association in Patna, burning an effigy of U.S president George W.Bush on November 7, 2006 in protest against the death sentence awarded to the former Iraqi president Saddam Hussein. Photo by: Ranjeet_Kumar