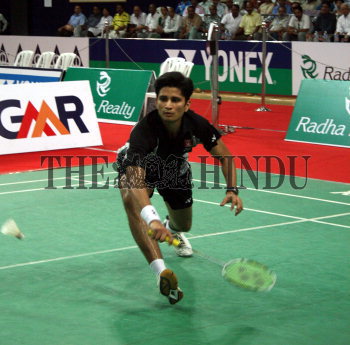 Caption : HYDERABAD, 05/04/2008: Chetan Anand of India in action against Andrew Smith (not in pic) of England during the men's singles semifinals of the Yonex Sunrise India Open Gold Grand Prix badminton championship at the Gachibowli Indoor Stadium in Hyderabad on April 05, 2008. Photo: G. Krishnaswamy