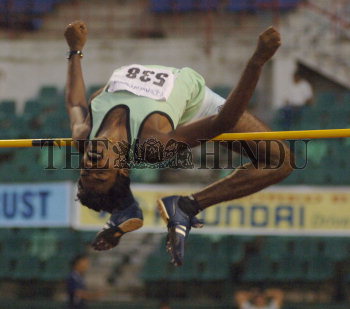 Caption : CHENNAI: Benedict Starly of Tamil Nadu, who won finished second in the men's high jump event, in action during the National inter-State athletics championship at the Nehru Stadium in Chennai on November 05, 2006. Photo: R. Ragu