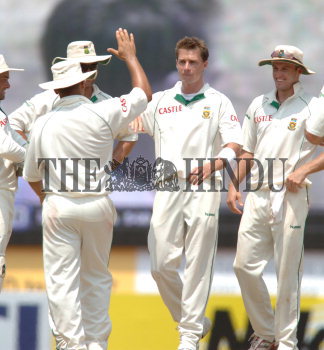 Caption : CHENNAI, 29/03/2008: South African bowler Dale Steyn (second from right) celebrates with teammates after getting a wicket on the fourth day of the first cricket Test match of the Future Cup series against India at the M.A. Chidambaram Stadium in Chennai on March 29, 2008. Photo: V. Ganesan