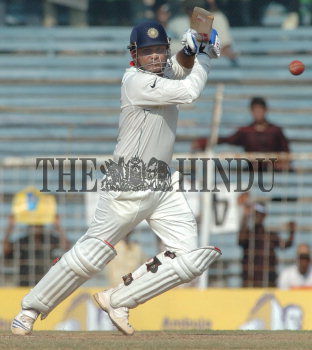 Caption : CHENNAI, 28/03/2008: Indian batsman Virender Sehwag, who scored a triple century, drives Dale Steyn (not in pic) on the third day of the first cricket Test match of the Future Cup series between India and South Africa at the M.A. Chidambaram Stadium in Chennai on March 28, 2008. Photo: K. Pichumani