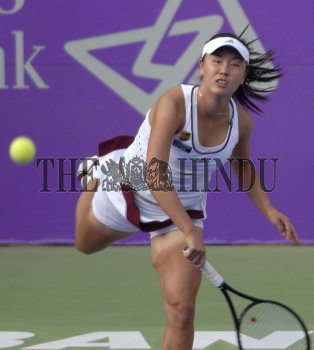 Caption : BANGALORE, 06/03/2008: Shuai Peng of China in action during her match against Venus Williams of United States (not in pic) in the Canara Bank WTA Bangalore Open tennis tournament at the KSLTA Courts in Bangalore on March 06, 2008. Photo: K. Bhagya Prakash