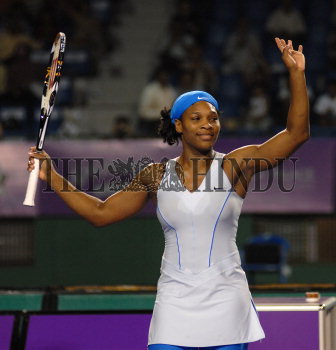 Caption : BANGALORE, 05/03/2008: Serena Williams of United States, who beat Tzipora Obziler of Israel (not in pic), acknowledges the crowd in the Canara Bank WTA Bangalore Open tennis tournament at the KSLTA Courts in Bangalore on March 05, 2008. Photo: K. Gopinathan