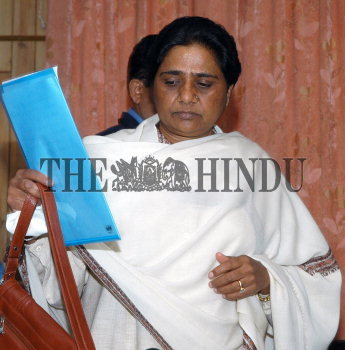 Caption : Lucknow:05/03/2007: Chief Minister Mayawati during a a press conference just after she announced to restore the student union election from the next session as per new norms in the VidhanSabha in Lucknow on Wednesday . Photo: Subir Roy