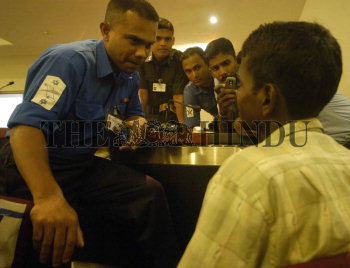 CAPTURED LTTE CHILD SOLDIERS IN COLOMBO WITH THE S

Caption : One of the surrendered LTTE cadre being interrogated by a security officer at Colombo on October 31, 2006. Photo: Sriyantha Walpola