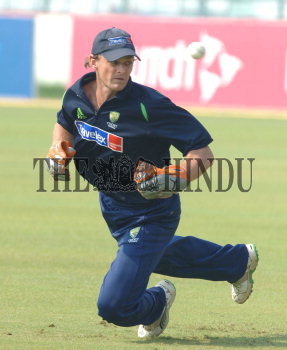 Caption : Australian wicketkeeper Adam Gilchrist seen at the team's practice session on the eve of the ICC Champions Trophy semifinal against New Zealand at the PCA Stadium in Mohali, India, on October 31, 2006. Photo: S. Subramanium