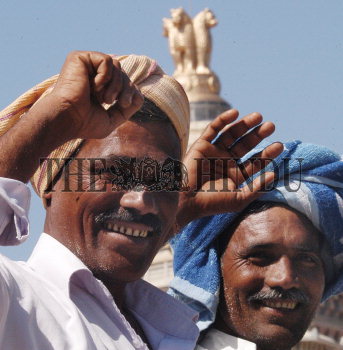 Caption : BANGALORE, KARNATAKA, 29/02/2008: Farmers from North Karnataka who came to visit Bangalore reacting to the loan waiver for farmers in the Union Budget, in Bangalore on February 29, 2008. Photo: G.R.N. Somashekar