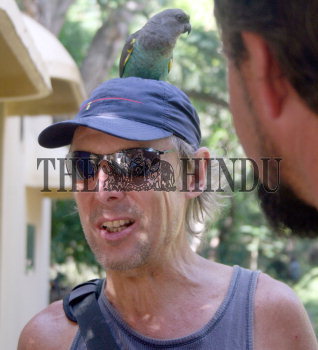 Caption : PUDUCHERRY, 26/02/2008: A foreigner poses with his parrot at Auroville, Puducherry. According to him, the parrot was originally from Africa but was found in the Himalayas. Since then, the bird was acccompanying him everywhere. Photo: T. Singaravelou