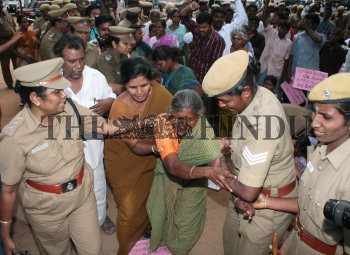 Caption : MADURAI, 15/02/2008: Residents of Sambakulam arrested by Police officials after staging a demonstration at Madurai Collectorate in the city on February 15. 2008. Photo: S. James