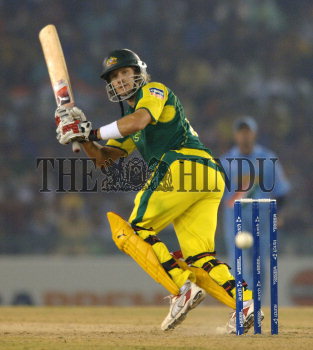 Caption : Australian batsman Shane Watson hits a four off Munaf Patel (not in pix.) during the ICC Champions Trophy cricket match between Australia and India at the PCA Stadium in Mohali on October 29, 2006. Photo: S. Subramanium