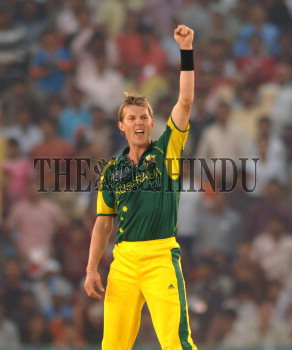 Caption : Autralia's Brett Lee celeberates on getting Indian batsman Rahul Dravid caught by Ricky Ponting during the ICC Champions Trophy match between India and Australia at the PCA Stadium in Mohali on October 29, 2006. Photo: S_Subramanium