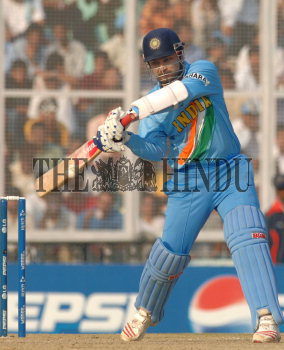 Caption : India's Virender Sehwag plays ashot to the fence for a four off Mitchell Johnson (not in pic) of Australia during the ICC Champions Trophy match between India and Australia at the PCA Stadium in Mohali on October 29, 2006. Photo: S_Subramanium