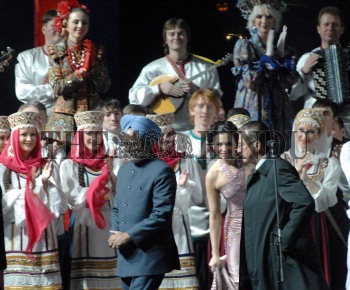 Caption : NEW DELHI, 12/02/2008: Prime Minister, Manmohan Singh along with Russian Prime Minister, Victor Zubkov meeting the Russian Artists who performed at the Gala Concert during the inauguration of the year of Russia in India, at Purana Qila in New Delhi on February 12, 2008. Photo: S. Subramanium