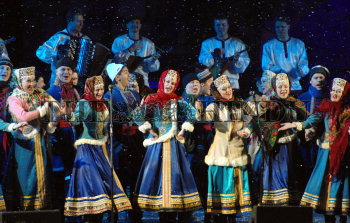 Caption : NEW DELHI, 12/02/2008: Russian Artists perform at the Gala Concert during the inauguration of the year of Russia in India, at Purana Qila in New Delhi on February 12, 2008. Photo: S. Subramanium